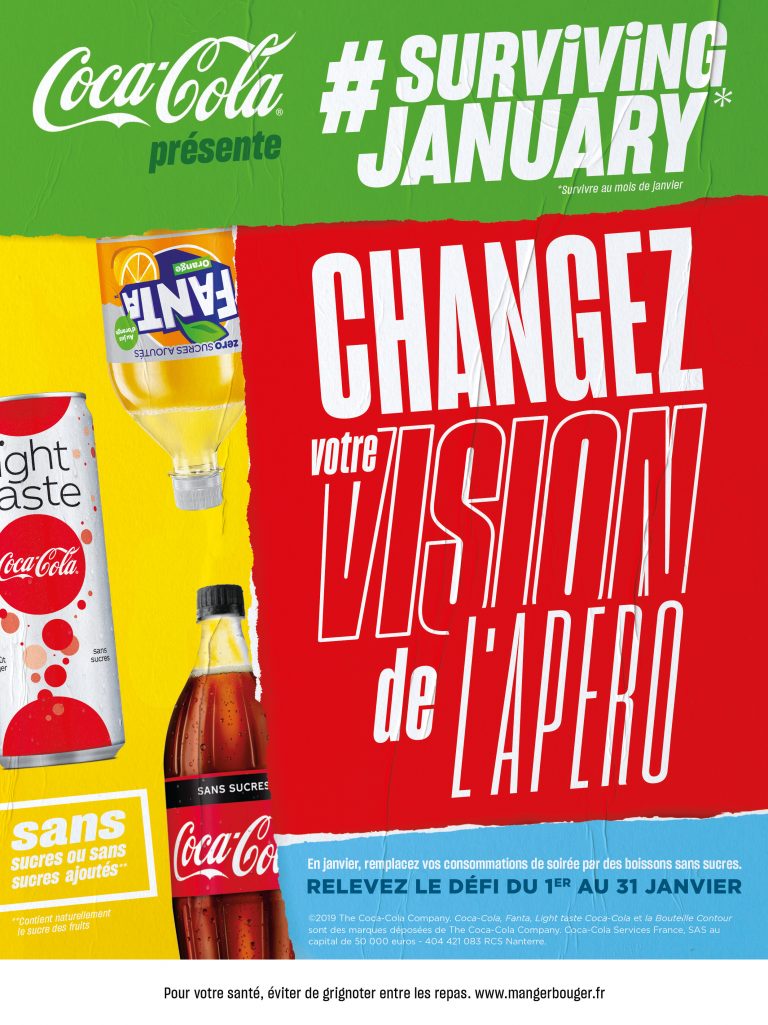 Launched across the Atlantic a few years ago by the Alcohol
Change UK association, the “Dry January”, a challenge to stop drinking alcohol
during the month of January, was still relatively unknown in France.
The Coca-Cola Company wanted to take this opportunity
to launch a large-scale “Dry January” campaign to promote its sugar-free drinks.

2/3 of French people make New Year resolutions every year but 95% of them give them up. Participants of “Dry January” are no exception. As alcohol plays an important social role in France, successfully completing the “Dry January” challenge can be a difficult path, full of ambushes and traps.
In this context, we created “Surviving January” to help participants make the most of their alcohol-free month. Throughout the month of January, we implemented a 360 campaign (print, press, radio, social media) where Coca-Cola acted as a real coach to encourage participants to keep their commitments. 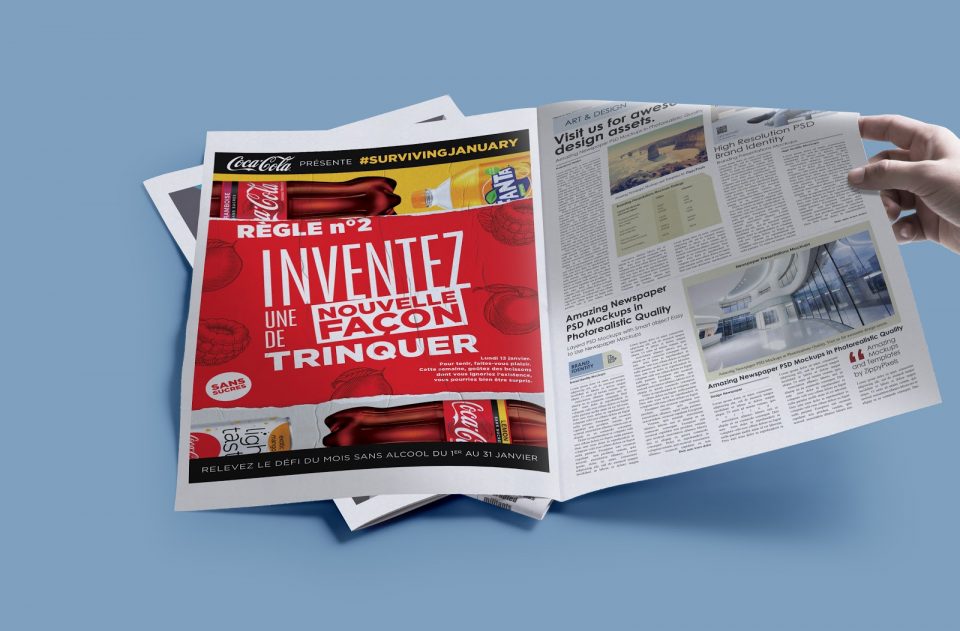