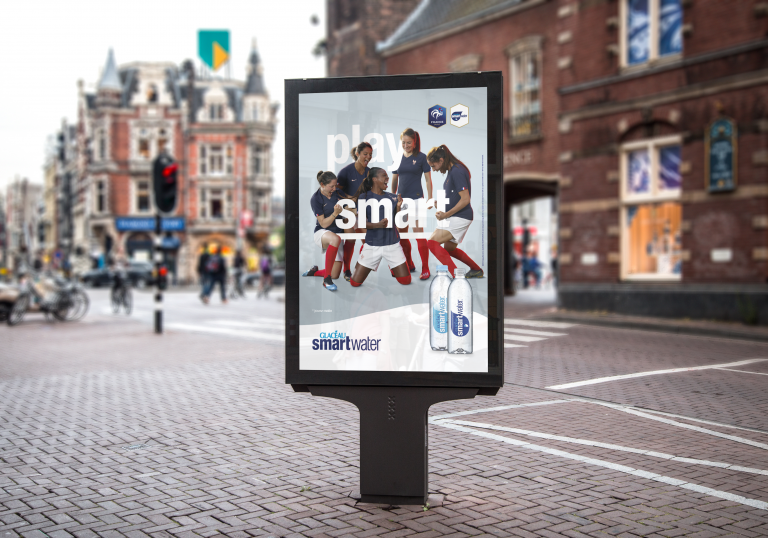 With the objectif to establish itself on the premium water market in France,
Smartwater wanted to develop a unique graphic identity and increase its notoriety
via a poster campaign and a social media campaign aimed at its trendy and urban target.
Also, as an official partner of the French football team, Smartwater
wanted to set up a tactical campaign during the 2019 women’s football World Cup.

We also created a social campaign to promote the Smartwater range (flat and sparkling).

We have overhauled the identity of Smartwater and implemented a major poster campaign to promote the brand as a sponsor of the French Women’s Team.