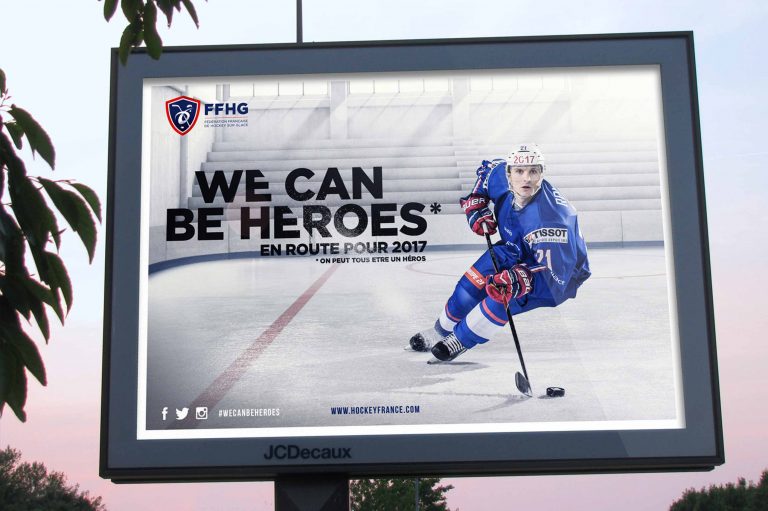 The 2017 Ice Hockey World Champions were held for the first time ever in Paris.
The French Ice Hockey Federation, co-organizer of this major event,
wishes to draw a maximum of 22 matches to take place in the French capital.
The objective is to modernize the image of the federation, to create a craze around the team of France
and to draw attention to a sport too little recognized in the Hexagon.

To communicate about this major sporting event, we designed and produced a campaign film, as well as 4 key visuals. Filmed during the preparation matches of the French team in Lyon, Paris and Lille, the film highlights the values ​​of team spirit, solidarity, courage and respect that the Hockey carries.